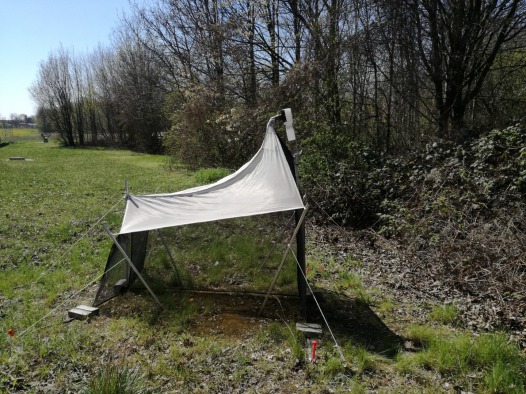 Scientists worldwide are observing the decline in species and habitats. If this development is to be stopped, a sound management of our natural habitats is urgently necessary and various measures to promote the species and to preserve the habitats are established. It is therefore of the utmost importance to establish a fast and reliable method for the efficient, automated and cost-effective assessment of a wide variety of ecological issues. The modern technology of DNA metabarcoding, which is still in development, enables animals, plants, fungi and microorganisms to be analyzed in mixed samples with tens of thousands of individuals and compared with the reference libraries. This makes it possible to record the biodiversity of entire habitat communities quickly and efficiently. We now want to clarify this again using the data from our insect monitoring in Leipzig.

In 2019, our malaise trap stood at the Helmholtz Center for Environmental Research (UFZ) at the German Center for Integrative Biodiversity Research (iDiv) in Bad Lauchstädt near Leipzig. We sincerely thank the staff of the iDiv for the great cooperation! The trap's catch bottle was emptied on a weekly basis between April and September 2019 and the individual samples were analyzed using our DNA metabarcoding pipeline.

Sequences were summarized in OTUs, compared with the databases and the level of identity determined. As a result, all matches over 97% were identified as species. Matches over 95% were determined at genus level. This enabled a data series with over a thousand species to be created over the entire period. Additional information on the species, such as the red list status, can further advance the protection of habitats, pest infestation can be identified quickly and the immigration of new, potentially harmful species in agricultural and forest areas can be detected without great delay.

Even if we “only” show the data of a single trap, you can see that with such a data set, a wide variety of ecological issues can be evaluated efficiently, automatically and cost-effectively. Changes in biodiversity can thus be quickly examined, the species spectrum observed over a time series and at different seasons, and statements made about the state of ecosystems.

Between April and September 2019, 1013 different species were caught with the malaise trap in Bad Lauchstätt. Of these, 1007 were in the insect class (Insecta), five in the arachnida class (Arachnida) and one in the snail class (Gastropoda). Malaise traps are particularly suitable for identifying the range of species of airborne insects in the area. (See entire dataset in Excel spreadsheet below) 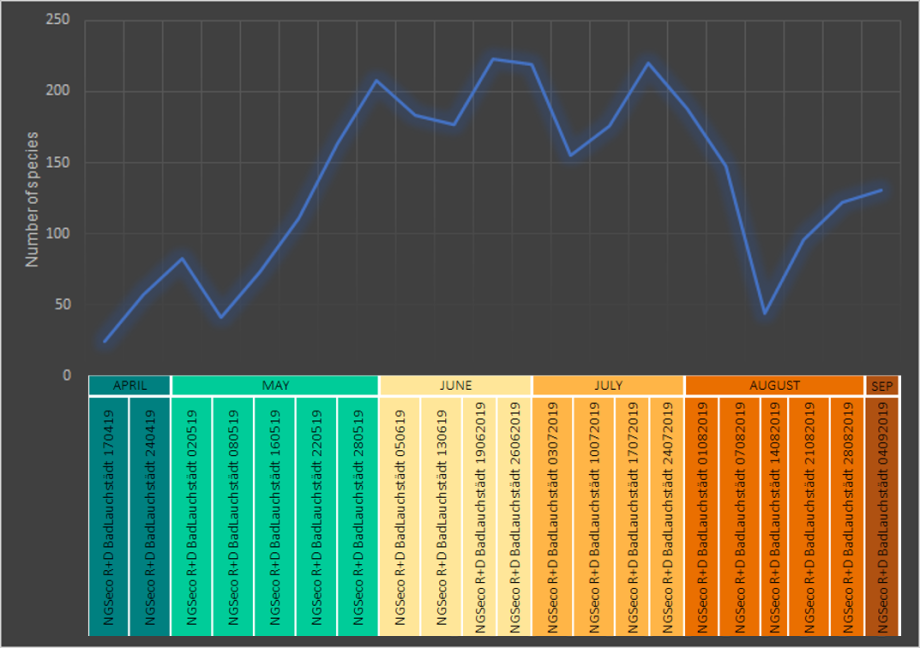 AIM Biodiversity monitoring 2019: Number of species during the season 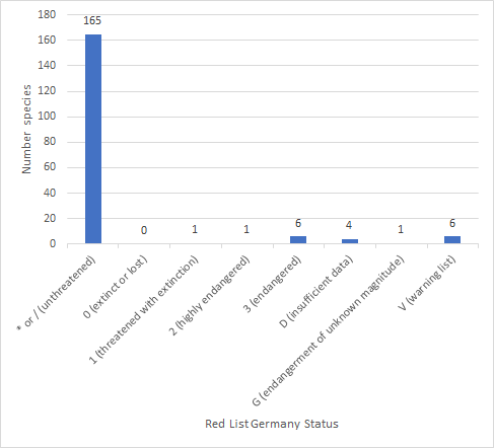 Figure 1: Distribution of the species based on the status in Germany's Red List.

Although DNA metabarcoding is not yet suitable for determining a linear quantification of individuals, it does provide impressive insights into the phenology through visible peaks of certain species such as pollinators in midsummer, early summer specialists such as the Ichneumonids or generalists throughout the season. (See Figure 2) 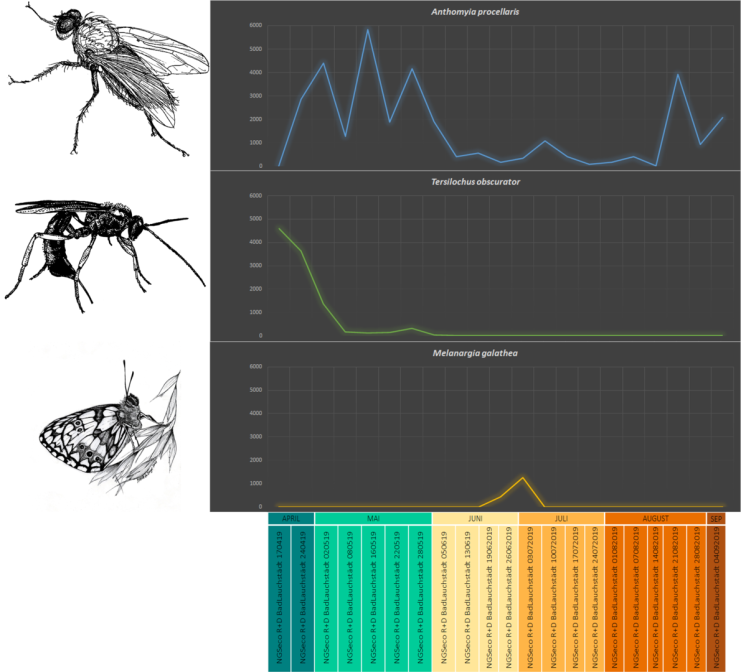 Figure 2: Evidence of three species over the course of the 2019 season

Data from DNA metabarcoding also enables an analysis of the entire network. Click here for the results of the network-based analysis of the distribution of taxa between the locations of our biodiversity monitoring in Munich (2018) and Leipzig (2019).